In the future, food is no longer necessary—until Thalia begins to feel something unfamiliar and uncomfortable. She’s hungry.In Thalia’s world, there is no need for food—everyone takes medication (or “inocs”) to ward off hunger. It should mean there is no more famine, no more obesity, no more food-related illnesses, and no more war. At least that's what her parents, who work for the company that developed the inocs, say. But when Thalia meets a boy who is part of an underground movement to bring food back, she realizes that most people live a life much different from hers. Worse, Thalia is starting to feel hunger, and so is he—the inocs aren’t working. Together they set out to find the only thing that will quell their hunger: real food.H. A. Swain delivers an adventure that is both epic and fast-paced. Get ready to be Hungry.


Hungry is unlike anything I've ever read in a fantastic way. This refreshing dystopian is sure to have you chomping at the bits and craving for more long after the final page.

I'm sure that we're all somewhat tired of the dystopian genre: it's been blowing up over the last couple of years in YA, and eventually, it gets to be just a tad tiresome. Don't get me wrong, I absolutely love the genre, but I do need a break now and then. However, Hungry is unlike any other dystopian I've ever read. Yes, Hungry revolves around the idea of food not being a necessity and a revolution to bring it back; I would've never imagined up this world. Food is most definitely a necessity in life, but what do you do when it's no longer a need? And of course, Hungry takes the route of the government (or technically, scientists in this case) controlling the people, but Hungry's premise makes it unique and stand out amongst other dystopians out there today. Packed with its remarkable world-building and outstanding characters, Hungry delivers a dystopian unlike any other that is sure to appeal to fans of Legend and The Program. Hungry had me in its clutches the entire time and never let me go!

Speaking of characters, Thalia was a great protagonist! In a world where scientists (especially scientists who are your parents) control what you consume and your nutrients and Thalia isn't sure who to trust after a foreign feeling begins to grow inside her, I could totally understand where she was coming from for the majority of the novel. I loved following her on this incredible journey. However, I will admit that this journey got confusing at times, which was my main problem with the novel. There's a lot of sci-fi crafted into Hungry, and I applaud Swain for being able to pull the science element of the novel off, but with all the somewhat info-dumps and world-building that goes above and beyond some dystopians, it was hard for me to keep track of the events and characters sometimes. It was eventually sorted out, though, but that was the hardest part for me to connect to with Hungry.

And the writing was superb. I felt completely immersed into this world and felt as if I were traveling alongside Thalia and Basil and the underground revolution. While it was hard to deal with the insta-love of Thalia and Basil, I still enjoyed their relationship nonetheless. And woah, the plot twists that Hungry throws! There were a couple times that my mouth actually fell open, and I had to set the book down just to let the events sink in - I love that when a book can do that to me. So needless to say, Hungry is an action-packed, twisted, and mind-bending story that has plenty of thrills and secrets to keep the reader fully invested in the story.

Overall, Hungry is a one of a kind dystopian that shouldn't be missed. Needing something new in you're dystopian craving needs? Hungry will most definitely fill and satisfy that need. 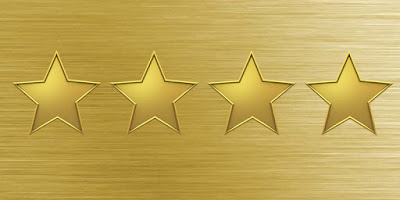